We ALL Rise With More Eyes

The film announces DAZN’s acquisition of global broadcast rights to the UEFA Women’s Champions League for the next four seasons, from 2021-25. As professional women’s sport continues to fight for more exposure, the film celebrates a media partnership that brings visibility like never before to players, Clubs, and the elite competition itself by making all matches available to fans all over the globe.

Pitch & Sync Head of Music Rebecca León says “We had a great experience working with Out/Standard and composer Matteo. His orchestral score is timeless. It draws out the urgency and emotion of the film perfectly. It gives us goosebumps every time.” 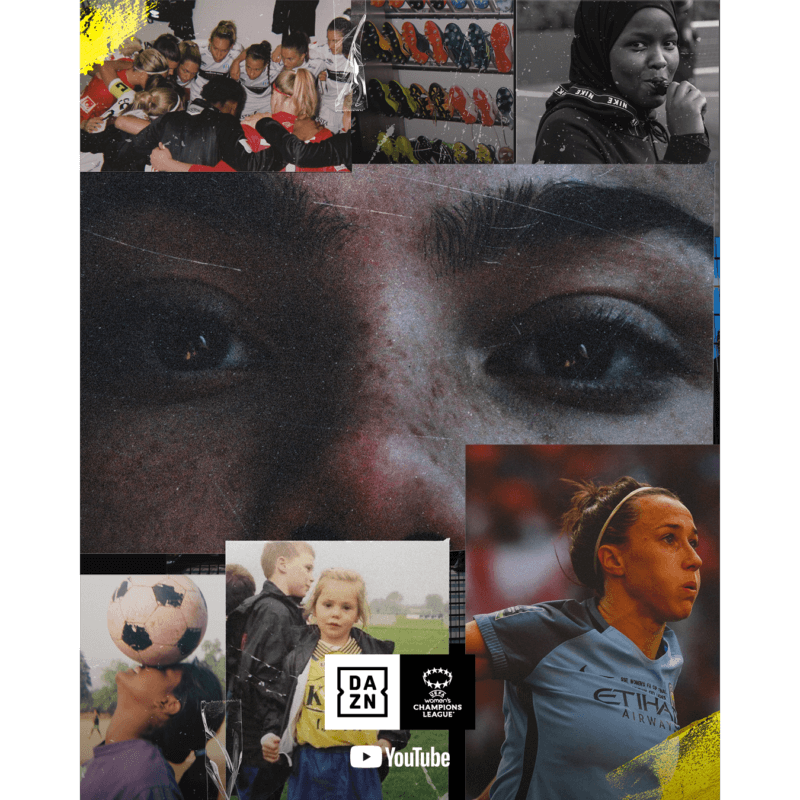 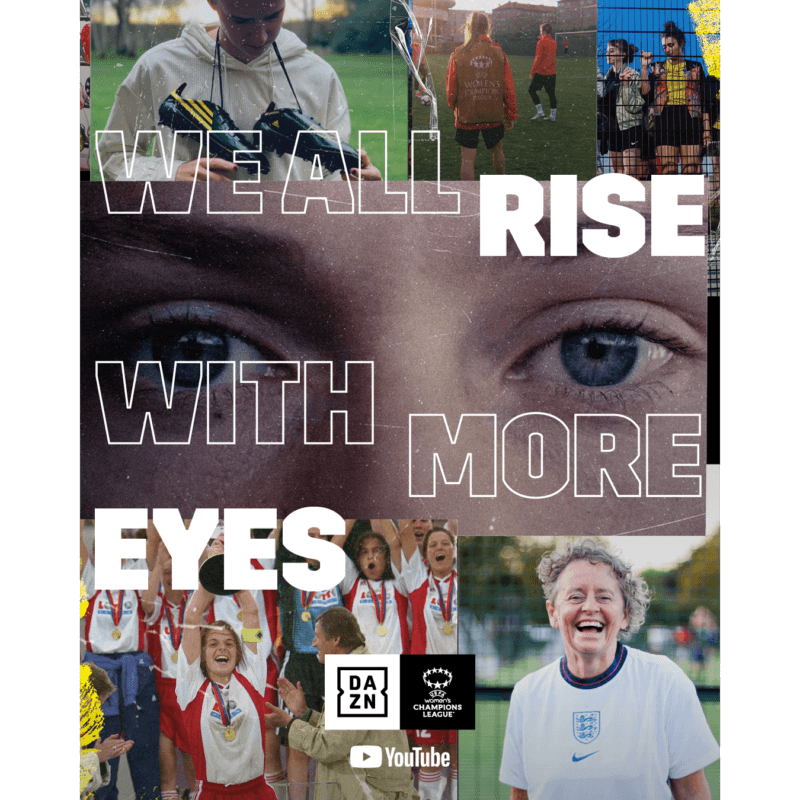 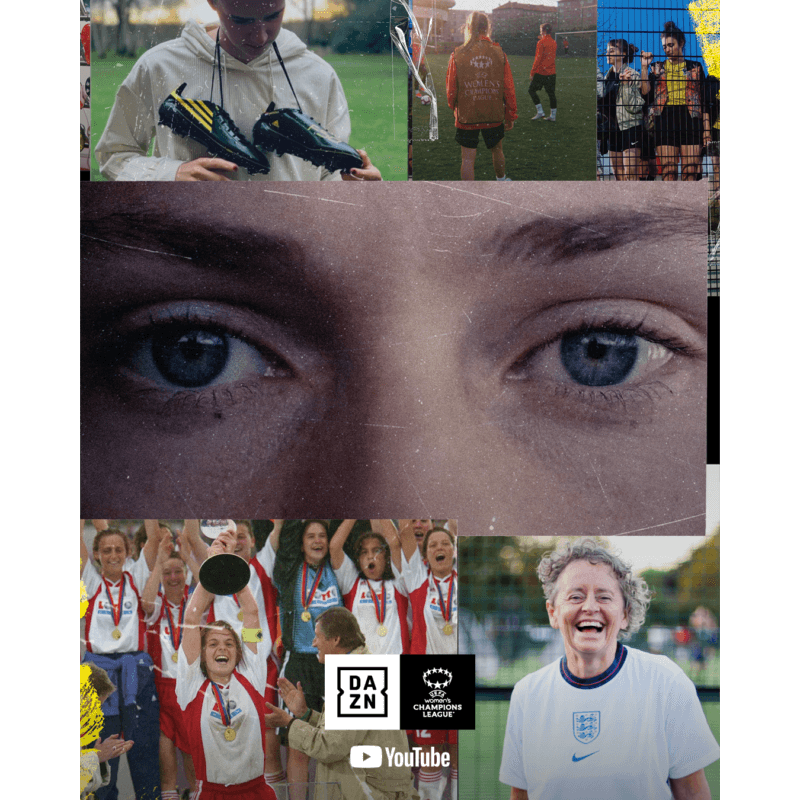 “It was a real privilege having FLOHIO in the studio for DAZN. She’s one of the UK’s most exciting MCs right now and was a pleasure to record with…” – Ben Hauke, Head of Sound at P&S Studios.

“I’m extremely grateful to be one of the storytellers helping to bring visibility to women’s football. I always aim to empower with my work, so I’m delighted to collaborate with DAZN and YouTube to feature these incredible athletes and encourage more future female champs on the pitch.” Alyssa Boni, Film director, Black Dog Films.

To learn more, DAZN, YouTube, and UEFA invite all media and fans to become an early subscriber to DAZN’s brand new, dedicated UEFA Women’s Champions League YouTube channel – where all matches and content will live – and tune in to a special global announcement event featuring all the individuals listed above and more, discussing the deal and what it means for the competition and women’s football overall. It all begins shortly at 9:30 a.m. EST / 2:30 p.m. BST / 3:30 p.m. CET / 10:30 p.m. JST and you can watch it live or on demand HERE. 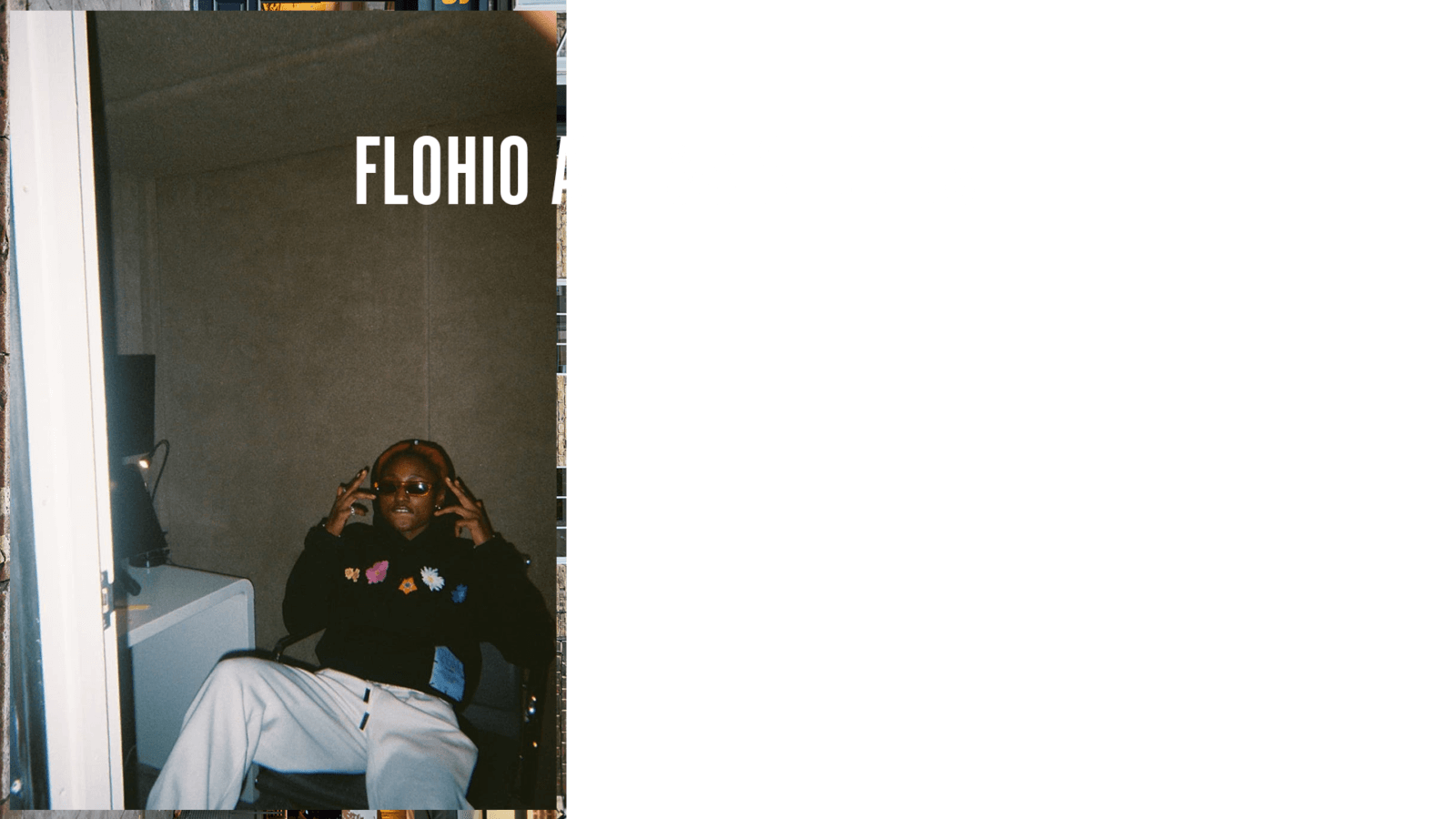 ABOUT BLACK DOG FILMS
Black Dog Films is a creative production company specialising in innovative filmmaking from new creative talent. From music videos and live visuals, to features, documentaries, and branded creative projects, Black Dog creates work that changes perceptions and celebrates differences.ABOUT DAZN GROUP
DAZN Group is one of the fastest growing sports media companies in the world. Headquartered in the UK and with employees in over 25 countries, our businesses touch every aspect of the way fans engage with sports; from production, through to content distribution and commercialization. DAZN Group is home to DAZN, the leading global sports streaming platform, DAZN News, the popular sports portal and DAZN Player, the proprietary sports VOD platform for publishers. DAZN is leading the charge to give sports fans around the world access to sport anytime, anywhere. DAZN guarantees affordable access on connected devices including smart TVs, set-top boxes, streaming sticks, smartphones, tablets, PCs and game consoles. DAZN is now live in more than 200 countries and territories. Visit https://media.dazn.com for more information.